evidence for the supernatural 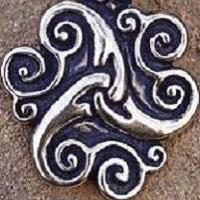 First of all, I do believe in the supernatural as the word is meant. But, echoing Jonathan's sentiment, I agree the term is somewhat problematic because if something does indeed exist then it would be

Anyone who does claim to have all the answers, is not to be trusted.

I do believe that the whole universe is an Ocean of Life.  Call it what you want, it does not matter.  Then again, I am not very brilliant. Hermano Luis