By Pete,
December 3, 2019 in Freethought, Secularism, No Religion

In my experience, when I use the Agnostic label, what happens?  The big argument that comes my way is -- What would it take for you to make up your mind?   In the minds of religious people, 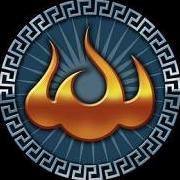 It still means sailing over the Himalayas and the Afghanistan mountain ranges to get anywhere near the mountains of Ararat. Any flood that covered these mountains had to be worldwide.