Praying for the Homeless & Sick 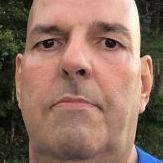