Ahhh, but your experiment gives no choice (at least on the first two) because these are not things where we have a real choice to make. Belief is something we choose to do without physical evidence. W

1.  It is not the Bible verse that I found offensive, but your use of it.  It's an amazing skill you have -- to have God make your insults for you.  It lets you pretend to be clean.   2.  Su 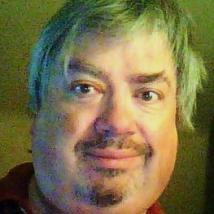 Greetings to you my brother,   One of the things I have become convinced about in my life is that for most, but not all people, acts of heroism and self-sacrifice, when presented with the ri