How many are having more direct experiences with the God(desses)? 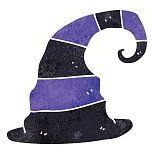 This is getting oddly complicated.  Perhaps you meant "unaware"?  Meaning that you were fully conscious but not paying attention?  Like walking down the street and not stepping in the dog poo, because

I do not understand. How do you know you called upon G/god if you were not conscious of it? Were others with you who witnessed your call and related it to you later?

I suspect that Reiki is a good start for seeing Wicca as it is.  Oh, the symbolism is different, and the vocabulary, and the methods.  In the end, it's largely about awareness.  Awareness of things th